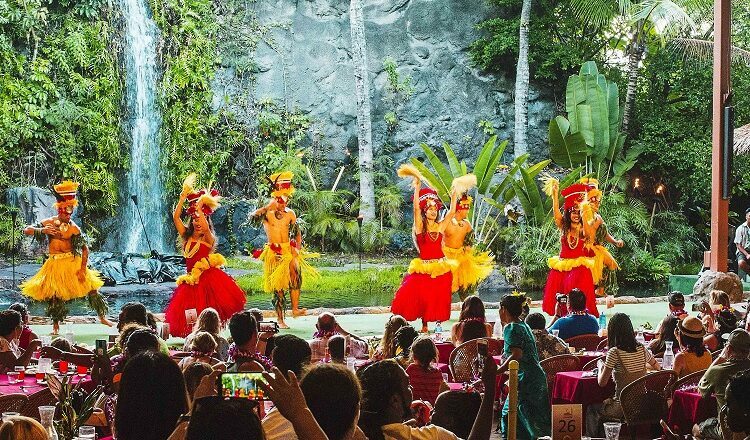 The Hawaiian luau is one of the most culturally significant events for the native people of the Hawaiian islands. It is both a feast that includes some of the most exotic food in the entire United States, as well as a celebration of important landmarks in the lives of the participants—and it is an absolute must see on any trip to Hawaii. Here is a rundown of this Hawaiian cultural tradition to prepare you for one of the most incredible experiences off the coast of the United States.

In the 18th century, before European contact, Hawaii was rich with cultural symbolism and religious ceremonies. Its inhabitants were deeply pious people who used feasting to celebrate certain milestones such as weddings, battle victories, births, and more. These celebrations were called “aha’aina,” which means “gathering meal.” These were not integrated, and men and women ate separately.

After 1819, when King Kamehameha put an end to traditional religious ceremonial practices, men and women began to eat together as a community. One of the choice dishes was cooked taro leaves, also known as “luau” in the Hawaiian language; this term gradually became the name of the ceremonies as a whole and continues to be used to this day.

While luaus are traditionally about food and feasting, the symbolism goes further. The mass of food is intended to represent the welcoming spirit of the Hawaiian people and nation, and is a way to bring both residents and guests together in a joyous setting. Foods can range from poi (made from the taro plant), bananas, fish, and sweet potatoes. And of course pork is eaten as well— one of the most significant images of a luau is a whole pig being roasted in a dug-out pit. Throughout history luaus were attended by hundreds or even thousands of people, but they can be as small as just a family getting together for a simple celebration.

One of the most popular pieces of memorabilia from any Hawaiian luau is the Hawaiian lei, a group of flower buds strung together with either string or rope. While this was not a piece of equipment worn during the traditional days of the luau, it has become a symbol of this celebration as tourism has increased to the small set of Pacific islands.

Now, during most luaus that involve both natives and tourists, leis are given to each attendee. The lei placed around the neck of a guest is meant to be a gesture of welcome, in an effort to create a sense of friendship and community among everyone present. With this, leis have been used by the Hawaiian people even outside of luaus to help perpetuate their image as kind residents of one of the most beautiful locations on the entire planet.

Getting Ready for a Hawaiian Feast

While the islands of Hawaii are filled with incredible sights and landscapes, the most remarkable feature is the culture itself. If you are about to set foot on one of these wonderful islands, make sure to attend a luau to get an unforgettable taste of this friendly island culture.

The Best Hiking Trails in Lanzarote

How To Choose The Best Dubai Desert Safari Company

Facilities And Services For Travelers For Carrying Out Munich Airport Transfers

Benefits Of Romania coach in England

San Diego: I came, I saw, I sailed

Krakow Guides – We’ll Take You In The Right Direction

No comments found.
No tags created.